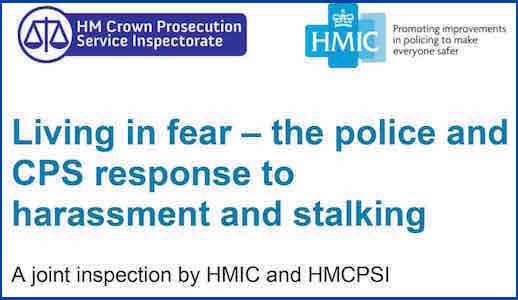 A report published on 5 July 2017 by Her Majesty’s Inspectorate of Constabulary (HMIC) and Her Majesty’s Crown Prosecution Service Inspectorate (HMCPSI) into harassment and stalking has found that people who have suffered repeated harassment or stalking are frequently being let down by under-recording, inconsistent services and a lack of understanding by the criminal justice system. The Alice Ruggles Trust welcomes the report but urges the Police and CPS to take its findings seriously and to act with urgency on all its recommendations.

The report finds that