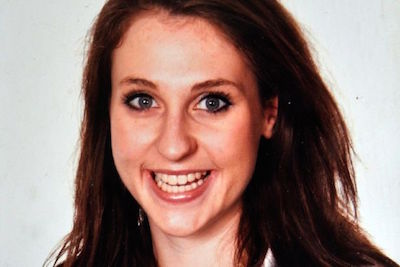 Following several days of “ping-pong” debates between the House of Commons and the House of Lords, and intensive work behind the scenes, the two houses have finally agreed to a set of amendments to the Domestic Abuse Bill. This is now poised to obtain royal assent and become law, to the benefit of victims of a wide range of domestic abuse.

A new statutory domestic abuse perpetrator strategy will now be brought forward as part of a holistic domestic abuse strategy to be published later in 2021. The amendment relating to this now explicitly references stalking that occurs within a domestic abuse context.

Why did we need Amendment 42?

Amendment 42 as proposed by the Lords would have provided a statutory duty to deal with serial offenders rather than merely placing a reliance upon best practice, which up to now has been patchy at best. It would also have required the government to develop, within a year, a comprehensive perpetrator strategy for domestic abusers and stalkers.

Before he met Alice, Trimaan Dhillon had received a Restraining Order following an assault towards an ex-girlfriend. During the investigation of Alice’s murder, other former partners came forward to reveal a clear previous history of stalking and coercive control. If the stalking following her break-up had been recognised and crimed as such, and the measures proposed in Amendment 42 had been in place, then a statutory referral to MAPPA would have triggered appropriate monitoring and intervention to ensure the best possible risk management.

Instead, the Bill will now introduce a broader "holistic domestic abuse strategy" backed up by a new system, MAPPS, that will replace MAPPA in the future and provide better opportunities for the police and other agencies to spot high-risk offenders and share information.

The latter is, of course, good: we need our databases to flag *all* previous behaviours, to have them recognised for the serious crimes they are, and to make sure the police and other agencies can easily “join the dots” if the person reoffends. But guidance is not a statutory framework: it continues to rely on best practice.

In the final debate on the amendments in the House of Lords on April 27, Baroness Williams of Trafford argued as follows:

“The issue we need to address is not the legislative framework but how offenders are brought to justice and, once convicted, how MAPPA operates on the ground to ensure that agencies actively identify those offenders who pose the highest risk and then manage them effectively.

“The strengthened guidance will ensure that all agencies involved take steps to identify offenders who are domestic abuse perpetrators whose risk requires active multiagency management and take action based on that risk, no matter what the category. The guidance is statutory, which means that agencies must have due regard to it. It is in no sense voluntary. I should add that the updated guidance will be dynamic. We will keep it under regular review to ensure that it reflects developing good practice.”

While the failure to introduce specific measures for dealing with serial abusers and stalkers is a disappointment, it is now time to move forward and ensure that there is a significant increase in the number of perpetrators who are assessed and managed under MAPPA. In her final speech, Baroness Jan Royall emphasized the need for ring-fenced funding to ensure this.

We will keep campaigning and, where possible, working with government to bring about the changes we need to see in order to prevent what happened to Alice, and to so many others, continuing to happen in the future.

In order to achieve significant and lasting change, society also needs educating—so that victims approach the police far sooner than most currently do—and a criminal justice system that reacts in the right way when this happens. The Alice Ruggles Trust is focused on helping our younger generation to identify stalking and seek support for themselves or others. That is why we developed the PSHE Relationship Safety resource for 14- to 16-year-olds that is being delivered into schools across the country, why we are offering training to those who work with young people through our SAfEE project, and why we are working with Girlguiding and other youth organisations to raise awareness of the seriousness of stalking.

There are also many ways in which you can help the Alice Ruggles Trust in our work. You could explore our website and spread the word about what you’ve learned and what we are doing. If you are a young person yourself you could influence what we do directly by joining our youth ambassadors (please contact us if you are interested). If you are a professional working with young people you could consider taking one of our SAfEE courses so that you are qualified to recognise stalking and offer the best advice. Or, whoever you are, you could help us raise funds by entering our 24 challenge.

THANK YOU FOR YOUR SUPPORT!

Since 2017, the Alice Ruggles Trust has supported Paladin’s campaign to introduce a register that would enable police to pro-actively identify, track, monitor and manage stalkers. Broadly’s UnFollowMe campaign featured a video about Alice which has been seen by more than a million young people. Paladin’s petition has been signed by over 250,000 people.