Paladin has been calling for many years for serial perpetrators of domestic abuse and stalkers to be included on the Violent and Sex Offenders’ Register (VISOR) and managed under the multi-agency public protection arrangements (MAPPA) by police and councils. Thanks to the passage of the Domestic Abuse Bill through the Lords, this is a vital moment to achieve this aim.

Amendment 73 being tabled by Baroness Jan Royall proposes a statutory duty to monitor and manage perpetrators via the MAPPA panels and will ensure that Ministers come up with a comprehensive perpetrator strategy for domestic abusers and stalkers. Due to the huge shock nationwide around the Sarah Everard case there is now even more pressure on the Government to put more robust measures in place.  We need to ensure there is a statutory obligation on police to collect this data and move away from the postcode lottery that currently exists.

“Since almost being murdered in 2014 by a serial perpetrator known to police I have campaigned alongside Laura Richards (Founder of Paladin National Stalking Advocacy Service) and John Clough MBE (father of Jane Clough murdered by her ex-partner). Our petition has almost 228,000 signatures.  The campaign has gained momentum with the DA Bill in Parliament.

What we are calling for, the public believe already exists: that police track and monitor repeat offenders of domestic abusers and stalkers. They do not.  They do for other offences like terrorism, burglars, and car thieves.  Why not domestic abusers given the scale of the problem?  It is currently a postcode, force or even an officer lottery.  There is no mandatory procedure for police to do so, and this has to change.  We must ensure there is a robust process that is statutory and enshrined in law.

This process would ensure that these offenders are flagged if a report is made, meaning police can follow up with the appropriate action.  This will help the police have a more targeted approach to those who are at the highest risk of harm.  In my case, when I called the police the risk assessment was incorrectly recorded as LOW, and that nearly cost me my life.  Had my perpetrator’s history been checked or flagged, it is possible the response would have been different, or even that I would not have met him in the first place, as his historic offending would have been dealt with correctly before that.” 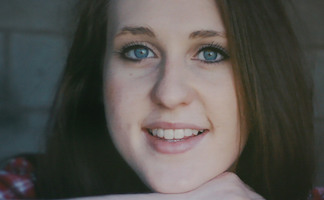 Since 2017, the Alice Ruggles Trust has supported Paladin’s campaign to introduce a register that would enable police to pro-actively identify, track, monitor and manage stalkers. Broadly’s UnFollowMe campaign featured a video about Alice which has been seen by more than a million young people.

"We firmly believe that, had a serial perpetrator register for domestic abusers and stalkers existed back in 2016, then our daughter Alice might still be with us today. If the police had been better able to ‘join the dots’ when Alice first called them, then her ex-boyfriend’s previous offending would have been evident, the high risk would surely have been identified at the outset, and proper protection measures could have been put in place. As it was, Alice was murdered just twelve days later. We need stronger measures in place nationwide to ensure that what happened to Alice doesn’t continue to happen to others."

“Focusing on the victims and telling them to change their behaviour does not work. Femicide is at an all time high. We have to change the conversation. The Domestic Abuse Bill presents a once in a lifetime opportunity to focus on the perpetrators who cause the fear, harm and violence. We must make violent and abusive men visible and accountable and we need a national approach and a perpetrator strategy. Amendment 73 will ensure that happens. The Government must listen to our voices and act now.”

The framework currently exists. We are not asking for a new register, or a new process: we are asking for the current process to capture these offenders who are also often the most dangerous.

If you care about this issue, please show your support NOW by signing the petition. This will demonstrate public strength of feeling and help get the right result in today’s debate.